Republic: from latin res –the thing– and publica –public– « the public thing ».

Invitation to the journey

Everywhere on the planet we see a new social fabric emerging in humankind. Small or big, local or global, these emergent groups become infused with a new form of collective intelligence called holomidal collective intelligence. This new form relies on the Internet, social media, the sharing of knowledge and resources, a mutualist economy, distributed leadership, individuation, a systemic, holistic and ecological understanding of the world.

Pyramidal collective intelligence gave birth to civilizations thanks to the invention of writing.  It operates through chains of command, concentration of power and wealth, a market economy based on competition, extraction of resources, labor division.

We now live in the midst of a fascinating transition phase. A time when all the facts appear to show a planet on the decline.  In this time of forecast catastrophes, objectivity requires that we explore the new social ecosystem that grows on the old declining one. How does it organize itself? How does it redefine the public element — the res publica? How does it address education, health, transportation, ecology, food and energy? How does it innovate? What new paths does it offer that today’s conventional world cannot see?

The creative and artistic act plays a key role in our evolutionary process. Tomorrow’s world won’t arise because of our reactions, it will emerge from our creations, mostly by building the next collectives. The New Republics aims to create a high level of artistry and strong aesthetics within the documentary form, embodying our claim that we cannot reduce today’s world into a sum of complex problems (climate change, ecological catastrophes, wars, etc) which we will solve with the correct mental understanding.

The New Republics invites us on the journey. It offers new perspectives and triggers our creativity. It narrates the dream of humanity conquering itself.

Tone of the movie

This movie doesn’t address the future as a problem to solve (the usual activism or “save the dying world” tone), but as a reality to invent as creative human artists. We emphasize the creative power of evolution through past examples.

We take Jacques-Yves Cousteau’s documentaries as an inspiring model (see example). They opened a new way to share the unknown and the extraordinary. They sent us to far away, unknown places. They shared the wonder and the beauty, grounded with scientific facts. They interviewed the right specialists and offered a new perspective on our planet.

The New Republics will stick to hard facts and science. Through an epic narrative, we will share the wonder and beauty of human ecosystems and how they evolve. Just like the oceans in their time, we want to open a new way to “film the unknown” in the depth of social complexity.

What will we see?

The New Republics began as a new project early in the summer of 2014. At this present moment we can just give a short outline of the core ingredients. Watch the trailer on the home page. Come back often, as this page will evolve along with our progress.

We share the extraordinary saga of collective intelligence. How did early forms of life, then animal life, and then humanity, evolve in the way they build their collectives? We will travel through:

2. The rise of holomidal collective intelligence 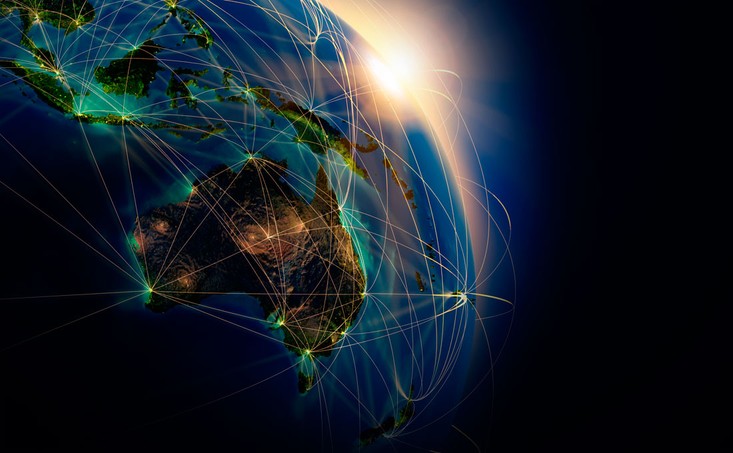 We explore the conditions for its existence.

We see its first baby steps by traveling through many examples around the world.

3. The evolution of our species

We explain how holomidal collective intelligence has begun to build its own economy and technological infrastructure. We explore the R&D state of the art in the evolution of wealth technologies paving the way to a post-monetary society.

We forecast the most groundbreaking paradigm shifts that will scale up in the next few years and why holomidal CI only can embrace them.

We develop the sociological concepts of the I in the We, and the We in the I as self-mirroring and co-evolving processes.